An Engine of Freedom 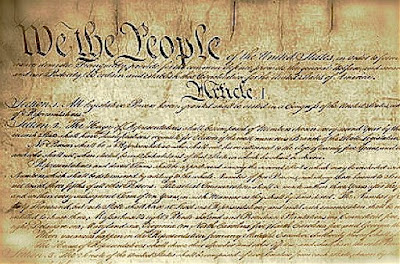 On this day in 1787 a constitutional convention convened in Philadelphia with representatives from seven states.  Though the meeting was not authorized by Congress, they were among the most eminent men in the young American republic—and several were actually members of Congress.  Their purpose was to draft amendments to the Articles of Confederation.  Under other circumstances, the meeting might have been considered a coup d’état.

Eventually the conferees determined that in order to achieve their ends they would have to create an entirely new document.  After several compromise plans had been proposed by the larger and the smaller states, on September 17, 1787, twelve state delegations had contributed to an acceptable draft of the new document.

Requiring the ratification of only nine states to take effect, the document met stiff opposition.  Anti-federalists charged that the document afforded too much power to the central government and predicted that if the document was actually ratified, a gargantuan bureaucracy, high taxes, and invasive intrusions into personal freedoms would result.  It was only after supporters of the document amended the document ten times—in a series of postscripts known as the Bill of Rights—was the new constitution made official on June 21, 1788.  But would take until May 29, 1790 before all of the thirteen original states would actually ratify.

The soaring rhetoric of the opening words offered a glimpse of the document’s essential genius, “We the people of the United States, in order to form a more perfect union, establish justice, insure domestic tranquility, provide for the common defense, promote the general welfare, and secure the blessings of liberty to ourselves and our posterity, do ordain and establish this Constitution for the United States of America.”

Though it was a document greatly influenced by such Christian ideas as checks and balances, separation of powers, and magistratal interpositionalism, its closing words offered the only explicit only nod to Christianity, “Done in convention by the unanimous consent of the states present the seventeenth day of September in the year of Our Lord one thousand seven hundred and eighty-seven and of the Independence of the United States of America the twelfth.  In witness whereof we have hereunto subscribed our names.”

In the years since, despite the fact that the fears of the Anti-federalists have been realized to a great extent, the much emulated, often copied Constitution has proven to be one of the most remarkable engines of freedom that the world has ever known.
Posted by gileskirk at 9:26:00 AM