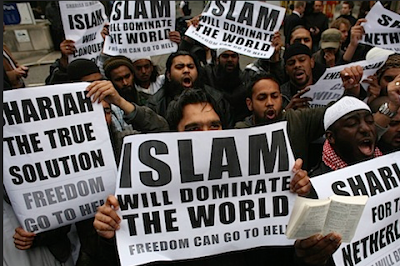 Exactly one month before he was assassinated, on this day in 1981, Anwar Sadat attempted to appease the Islamic fundamentalists of Egypt's Muslim Brotherhood by sanctioning fierce persecutions against the Christian minority and exiling Shenouda III, the Patriarch of the Coptic Church.  Christian lands were confiscated.  Hundreds of Christians were martyred.  And churches were desecrated and destroyed.

Officially, the Sadat government attributed all the strife to the besieged Christians.  Nevertheless, the ploy failed to satisfy the Islamic hard liners and the assassination of Sadat was ordered and carried out.
Posted by gileskirk at 8:58:00 AM