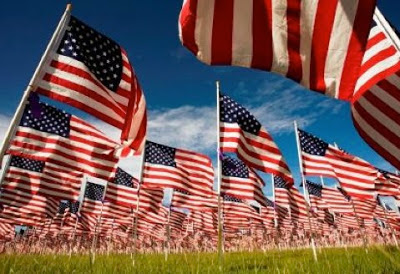 “At the eleventh hour on the eleventh day of the eleventh month,” in Winston Churchill’s immortal declaration, “silence fell across the battlefields of Europe.”  Thus, the First World War came to an end.  Three years later, President Warren Harding dedicated the Tomb of the Unknown Soldier in Arlington National Cemetery and declared that on this day “those who have offered their lives for the sake of freedom in this war to end all wars should ever more be remembered.”

Still, it was not until 1938 that legislation was passed to “dedicate November 11 to the cause of world peace and to be hereafter celebrated and known as Armistice Day.”  Then in 1954, after having been through both World War II and the Korean War, Congress amended the Act of 1938 by striking out the word “Armistice” and inserting the word “Veterans.” With the approval of this legislation on June 1, 1954, November 11 became a day to honor American veterans of all wars.
Posted by gileskirk at 5:34:00 PM