I have always been fascinated by high wire acts. I can still recall with vivid clarity the very first time I craned my neck up toward the pinnacle of the Big Top to witness the astonishing spectacle of a beautiful woman prancing across the wide span of the tent with nothing beneath her but a thin cable. I was transfixed.

I was probably about five years old and my father--finally giving in to my relentless begging--had taken me to the circus to see "the lions and tigers and bears, oh my." The pungent closeness of the sawdust covered arena floor, the wafting aromas of popcorn and cotton candy, the dazzling sights of clowns on motorcycles, acrobats on horseback, and daredevils in cages with roaring beasts captivated my imagination to be sure. I was wide-eyed with wonder. But the moment the high wire act began, nothing else seemed to matter. Though there were three rings of furious and fabulous activity before me, I only had eyes for the daring woman balanced a hundred feet above me.

For the next several years I learned everything I could about high wire acts. I followed the amazing careers of the Flying Wallendas--a single family that somehow produced three generations of the greatest performers the circus world has ever known. I collected their stats, figures, and memorabilia as relentlessly as any baseball fan.

It was on this day in 1962, two members of the Flying Wallendas were killed when their seven-person pyramid collapsed during a performance in Detroit. I recall the moment I heard about the tragedy as clearly as I remember the moment when I heard that President Kennedy had been assassinated, or that the space shuttle Challenger had exploded, or that President Reagan had been shot, or that that two planes had crashed into the World Trade Center, another into the Pentagon, and still another into the Pennsylvania countryside. For me, January 30, 1962 was one of those indelible moments a person never forgets.

As I look back on it now, I'm not entirely sure what it was that so gripped my imagination. I'd always been just a tad afraid of heights--so it wasn't as if I ever wanted to do what the Wallendas did. Certainly I did not relish the thought of living the life of a circus performer--even as a youngster I was a committed homebody. Perhaps it was simply a recognition of the phenomenal sense of balance the acts demanded--the ability to avoid the extremes of either left or right, of forward or backward. It seemed as if I was always striving for balance--whether I was learning to ride my bike, or climbing into to highest branches of a tree, or seesawing with friends on the playground. A sense of balance lends grace and agility to almost any activity--and I'd always desired that. Maybe that is why the Wallendas and their high wire kith and kin were always so attractive to me. Maybe that is why they made such an indelible impression on me.

I don't know about you but as an adult I have often had to realize how much like a high wire act my daily life tends to be. Again and again I find myself dangerously shuffling a hundred urgent tasks, precariously perched high above my circumstances, hanging by what seems to be just a thread--and all without a net.

I feel as if I really ought to have the balance of a Flying Wallenda. And that is no mean feat--especially since this is no circus act. What I'm trying to balance is my life.

Chuck Swindoll has said, "The longer I live the more I realize the ease with which we can slip into extremes. I see it all around me and sometimes, to my own embarrassment, I find it in myself.”

All of us struggle with the competing concerns of life. How do we juggle our obligations at work with our responsibilities at home? How do we give proportionate weight to the things that we know we need to do and the things that we just want to do? How do we keep our priorities at the forefront of our daily agenda even in the face of the tyranny of the urgent? How do we maintain a clear-headed perspective in our fast-paced, willy-nilly, fly-by-the-seat-of-our-pants world?

Like a high wire act, we need balance. As Swindoll has said, "We need balance between kindness and firmness, between waiting and praying, working and obeying, between saving and spending, between taking in and giving out, between wanting too much and expecting too little, between warm acceptance and keen discernment, between grace and truth. For many folks, the struggle with imbalance is not an annual conflict--it's a daily grind."

Recognized as a cardinal human virtue since the earliest days of antiquity, balance has been lauded in fable, legend, myth, logic, rhetoric, discourse, and law throughout all of history. Though called by any number of different names--"moderation" by Aristotle, "soberness" by Cicero, "equilibrium" by Seneca, "deliberation" by Plato, "temperance" by Tacitus, "self-control" by Apuleius, and "poise" by Plutarch--balance was universally thought to be an essential character trait of the successful and happy life. According to historian James Brewster, "In the ancient world, balance was particularly valued--above even knowledge, power, or beauty. It was the practical equivalent of wisdom and it pervaded nearly every philosophy, nearly every law system, and nearly every religion."

The importance of maintaining a life of balance figures prominently in much of the best literature of the ages as well. From Shakespeare's Merchant of Venice to Milton's Areopagitica, from Ascham's Schoolmaster to Chaucer's Canterbury Tales, from Defoe's Robinson Crusoe to Moore's Utopia, from Johnson's Rasselas to Bacon's Essays, balance is portrayed as a kind of saving grace. By it heroes overcame tremendous obstacles, the innocent recompensed the guilty, the weak rose above their oppressors, while the unloved and unlovely found everlasting romance. "Balance was the organizing ethic of the most prized character traits that men used in the building of western civilization," says literary critic A.N. Wilson, "It was the virtue that essentially enlivened all the noble aspirations and ideals of men and nations: chivalry, integrity, discretion, valor, energy, and simplicity."

Interestingly though, for the Greeks, balance was often little more than a compromised life--a surly détente of pragmatic resignation. For the Romans it was simply the conservative suppression of wilder urges--a kind of taming of residual barbarian impulses. For many medieval troubadours and mystics it was an awful and indecipherable paradox--a metaphysical fulcrum upon which hinged duty.

But Biblical balance is altogether different--not just in degree, but in kind. It entails far more than a happy medium between virtue and vice. It is not just a dialectical synthesis of two extremes or a New Age centering of mind, will, and emotions. It is instead a well-rounded, whole-hearted, fully-integrated life rooted in an unswervingly Scriptural worldview. It is the singular fruit of incarnational faith.

Unlike the kind of balance lauded in the ancient catalog of common virtues, Biblical balance is not dependent upon the rigors of self-imposed discipline. Neither is it monolithic or one-dimensional in its scope. It is an animated lifestyle of symmetry and stability, of equilibrium and equanimity, of imperturbability and unflappability. It is a fruitful harvest of "love, joy, peace, patience, kindness, goodness, faithfulness, gentleness, and self-control" (Galatians 5:22-23).

The reason is simple. Biblical balance is a happy melding of devotion and action, being and doing, patience and passion. It manifests word and deed, faith and works, forgiveness and discipline. It is a careful integration of the inner life and the outer life. It makes quiet conviction the natural companion of strident confession. It enables the head to coincide with the heart. Without compromising God's grace, it reveres God's decrees. Without suppressing spiritual liberty, it upholds spiritual responsibility.

In other words, it is mature.

And in a day marked by its notable revolt against maturity, Biblical balance is a rare commodity indeed. Extremes dominate. One-dimensional obsessions control our churches, our discussions, and our lives. A thousand competing programs, projects, or paradigms lay exclusive claim on our limited time, attention, and resources. A kind of spiritual Balkanization process has thus blurred our sharpest focus and muffled our best efforts.

But it need not be so.

A faithful return to that kind of balance could very well be the harbinger of hope, the clarion cry for revival, that we so desperately long for in these dire days.

Each of these is a shorthand statement--an abbreviated version of a deeply profound truth. None of them were ever intended to be comprehensive in scope. Rather, they capture in very plain terms different aspects of the multi-faceted beauty of spiritual maturity. Each has its own emphasis. Each has its own perspective. But each points to the same spiritual fundamental--the very practical, nuts-and-bolts, rubber-meets-the road conception of Biblical balance.

Arguably, one of the most complete of these partial descriptions is found in the Old Testament prophetic book of Micah, "He has shown you, O man, what is good and what the Lord requires of you: but to do justice, and to love mercy, and to walk humbly with your God" (Micah 6:8).

Today as I remember the Flying Wallendas, I am grateful to be able to ponder this “Micah Mandate.” May I both hear and heed.
Posted by gileskirk at 10:41:00 AM 3 comments: 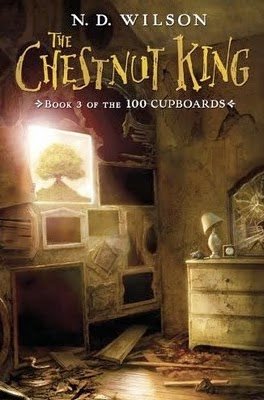 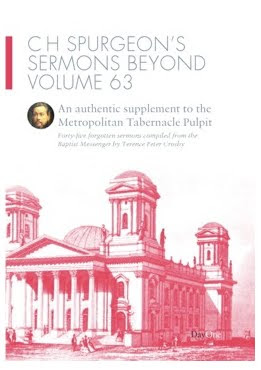 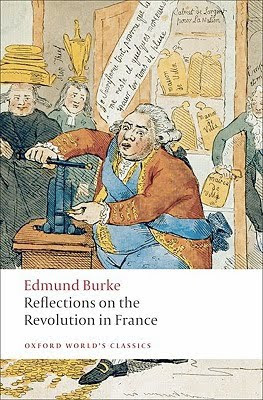 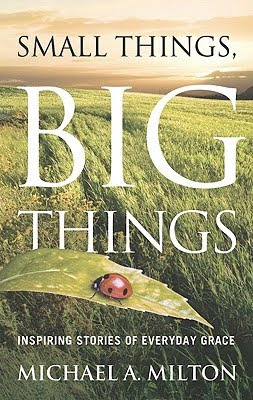 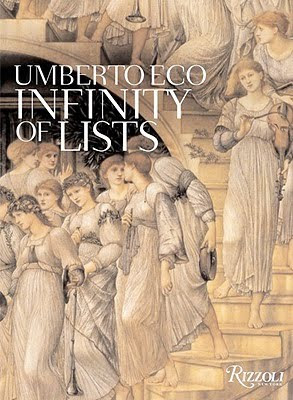 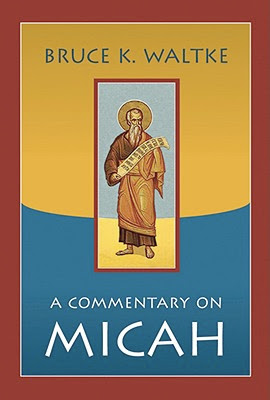 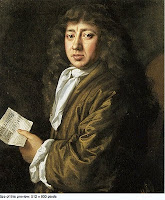 Samuel Pepys recorded the first entry in his famous diary on this day in 1660: “This morning (we lying lately in the garret) I rose, put on my suit with great skirts, having not lately worn any other clothes but them.” It was an inauspicious start to what would become a monumental undertaking.

Pepys an accomplished Member of Parliament and Chief Secretary to the Admiralty under both King Charles II and King James II. But, he is best known for his private diary in which he offered eyewitness accounts of such great events as the Restoration Plague, the Second Dutch War, and the Great Fire of London--in addition to the odd details of his everyday life.

His seemingly mundane first entry 350 years ago, provides us with a wonderful reminder for us to never "despise the day of small beginnings."
Posted by gileskirk at 11:13:00 AM No comments: