40 Days of Prayer for Congress Lots of us complain about the current political and moral mess in Washington.  But how many of us are actually trying to do something about it?


According to the Apostle Paul, there is something we can all do--something that is more effectual than all our complaining, all our lobbying, or even all our politicking:

"I urge, then, first of all, that requests, prayers, intercession and thanksgiving be made for everyone--for kings and those in authority, that we may live peaceful and quiet lives in all godliness and holiness." (1 Timothy 2:1)

Paul says first and foremost, we should be praying.  So, why don't we?

For forty days beginning on January 30 we have the opportunity to do just that--in a coordinated fashion thanks to a daily plan put together by the good folks at the American Policy Roundtable (APRoundtable.org). We will simply pray through the list of names each day.  And at the end of 40 days we will have lifted every seat, every Representative, every Senator before the throne in prayer.

What a plan!  So much better than just complaining!
Posted by gileskirk at 3:22:00 PM No comments: 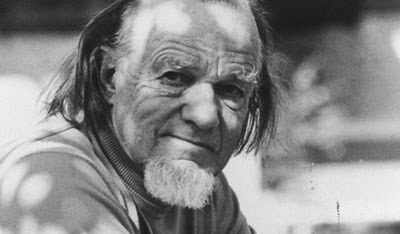 “The first thing to notice in the story of the building of the ark is that its plan was not dreamed up by Noah.  He was not a boat engineer.  Rather, the plan of the ark came from God Himself.  It was a specific, propositional revelation that dealt with detail.  At another great moment, when the Tabernacle was to be built, God also gave specific plans and dimensions of all that concerned it.  These were no ordinary enterprises.”  Francis Schaeffer
Posted by gileskirk at 12:30:00 AM No comments: 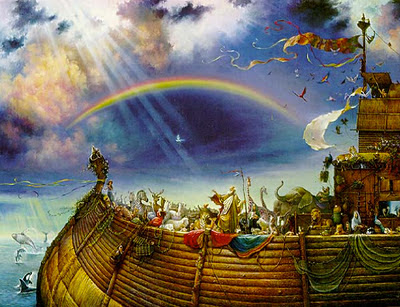 “This is like the days of Noah to me,” says the Lord.  “As I swore that the waters of Noah should no more cover the earth, so I have sworn that I will not forever be angry with you, and I will not rebuke you. For the mountains may depart and the hills be removed, but my steadfast love shall not depart from you, and my covenant of peace shall not be removed.”  Thus says the Lord God, who has compassion on you.
Posted by gileskirk at 9:56:00 PM No comments: 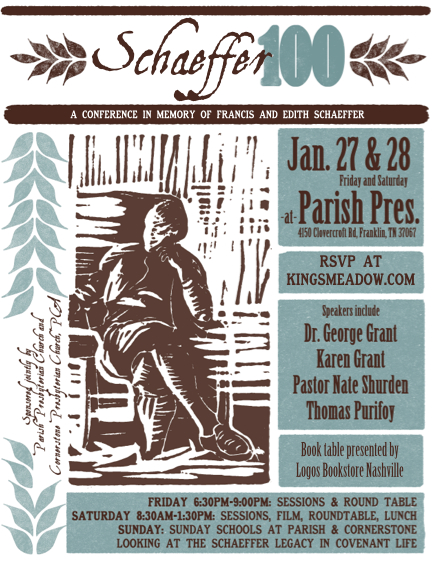 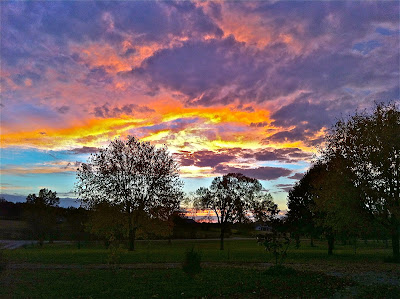 Hark, the Epiphany Hymn rings haste
from its loveliest biding-place.

A lavish breach of winter's curt hard sword
an ardent repudiation of death's dark pall
the out-viening sun of the Christus Lord.

Hark, the Epiphany hymn rings haste
From its loveliest biding-place

At the refectory of your loving-care
the transfiguration clarion sounds a call
that didactae could ne're convey nor spare.

Hark, the Epiphany hymn rings haste
From its loveliest biding-place

Thus, Gospel comes ensconced in Word and Deed
and the evidence is your shimmering touch:
Christus Victor, shown in a life's sown seed. 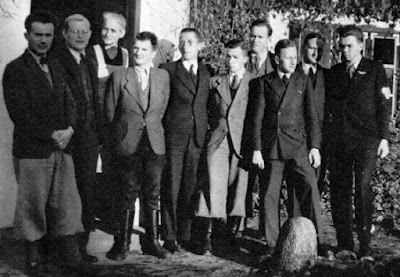 When the brash socialist agitator, Adolf Hitler first came to power as the Chancellor of Germany in 1933, he was welcomed by most church members and leaders from around the nation.  One prominent pastor and theologian leader even said that 1933 and Hitler's rise was a gift of mercy from God's hand.  To be sure, Hitler used the rhetoric of a Christian restoration of law and order, morality, and traditional values.

Since the defeat of the nation in the First World War and the humiliation of the Versailles Treaty, the German Weimar republic had allowed an extreme modernist culture to flourish, and many Christian leaders believed Hitler would bring a spiritual renewal to the German people.  They hoped that at last a German national church might be established, and in May, 1933, a constitution for a unified national church was produced by the new Nazi administration.  But then, in July, two restrictions were placed by the government on the clergy: that they be politically subservient to the Nazis and that they accept the superiority of the Aryan race.

A small group of church leaders in Germany began to resist such ideas and oppose the restrictions.  They believed the church should have full freedom to serve God apart from political influence, and they began to organize formal opposition to the new national church.  Prominent theologians like Karl Barth, Martin Niemoeller, and Dietrich Bonhoeffer were among the leaders of this new opposition.

On this day in 1934, they met in Barmen and accepted Barth's Declaration on the Correct Understanding of the Reformation Confessions in the German Evangelical Church.  By April the opposition had officially formed the Confessing Church as the underground Protestant church of Germany.  At the first Synod of the Confessing Church, held openly at Barmen several months later, another Declaration was written which ultimately became the confession of the church.  The Declaration stressed that unity, "can come only from the word of God in faith through the Holy Spirit."  It added that in order to serve God properly, the church must be totally free from political influence.  It resisted the Nazi contention that God was giving a new revelation through the history of the German nation.  The Confessing Church maintained there was no revelation in addition to that of Jesus Christ and the Word of God.

Alas, each of the men who lead this confessing opposition to the Nazi’s paid dearly for their commitment; most died in prisons or suffered long and bitter confinements alongside the Jews and Gypsies in the concentration camps.  Nevertheless, they kept alive the independent proclamation of the Gospel during the difficult days of the Nazi terror. 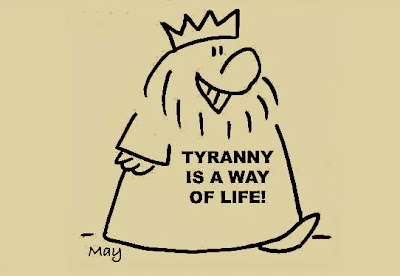 “Of all the tyrannies, a tyranny sincerely expressed for the good of its victims may be the most oppressive.  It may be better to live under robber barons than under omnipotent ideological busybodies.”  C.S. Lewis (1898-1963)
Posted by gileskirk at 12:30:00 AM 1 comment: 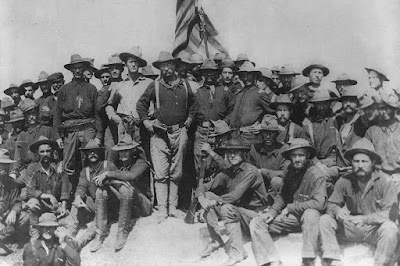 “Courage is not having the strength to go on; it is going on when you don’t have the strength.  Industry and determination can do anything that genius and advantage can do and many things that they cannot.”  Theodore Roosevelt (1858-1919)
Posted by gileskirk at 8:58:00 AM No comments: