The Magdeburg Confession of 1550 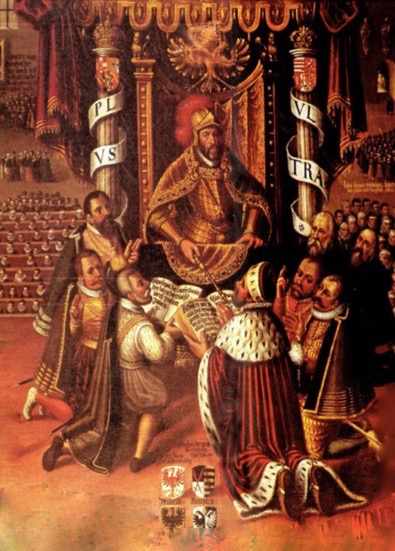 By the 16th century virtually no one disagreed on the fact that the West needed to be reformed. What they disagreed on was what that reform should entail and how it was to be effected. In frustrated tension, dozens of competing factions, sects, schisms, rifts, rebellions, and divisions roiled just beneath the surface of the West’s tenuous tranquility for decades. Finally, on October 31, 1517, those pent-up passions burst out into the open when an Augustinian monk named Martin Luther posted his Ninety-Five Theses on the door of the Castle Church in Wittenberg. In a single stroke, not one, but two momentous renewal movements renewal movements were launched that at last were able to effect genuine reform within the church: the Protestant Reformation and the reaffirmation of covenantal principles to civil governance.

This is the essential historical and cultural framework out of which the Magdeburg Confession of 1550 was written. Against the backdrop of the centralizing totalitarianism of the Hapsburg hegemony, the newly revived Holy Roman Empire, the people of the little German town of Magdeburg, situated between Berlin and Hanover, not far from Brandenburg, determined to recover their federal, their covenantal, their Biblical culture.

Officially titled, The Confession, Instruction, and Admonition of the Pastors and Preachers of the Christian Congregations of Magdeburg, the Confession was a more than just a statement of Protestant and Lutheran orthodoxy. Composed by the nine pastors of the city in 1550 in response to the Augsburg Interim and its legal threat imposing Roman Catholic dictates, the Confession articulates the doctrine of “the lesser magistrates” and offers a Christian defense of the ideas of principled resistance to tyranny, civil disobedience to ungodly decrees, and even the use of force when necessary. It was the first clear declaration of a Biblical posture of resistance against unjust higher authorities. Theodore Beza believed the Confession provided faithful believers with an example of how to respond to political abuse and tyranny—indeed, he used insights from the Confession in his influential notes for the Geneva Bible, the Bible used by most of the Puritans and Pilgrims for at least three generations afterward.

So it was that the font of covenantal ideas in the Confession flowed out into the reforming nations of the West: they were echoed in Calvin and Beza’s Geneva; they helped shape Knox’s Scotland, they were influential in Bucer’s Strassburg; they laid the foundations of Cranmer’s England; and they became central to the vision of the Founders of America’s great experiment in liberty.

But for the same reasons that the Magdeburg pioneers had to recover the old principles of covenantal federalism by means of reformation, we need to pay heed to these ideas today. Western Civilization is once again in very real jeopardy. Freedom is once again threatened. Life, liberty, and opportunity are once again coming under the shadow of vested centralized powers and principalities. By looking back at the essential notions upon which our freedoms were built we may yet be motivated and equipped to begin the process of reforming, restoring, and recovering. May it be so, Lord. 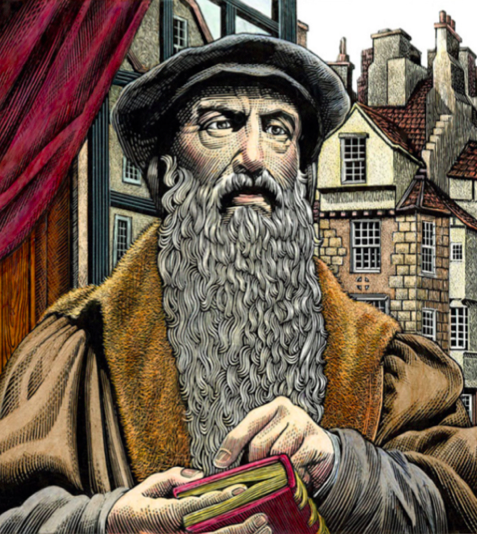 Patrick Hamilton and George Wishart first proclaimed the doctrines of the Reformation in Scotland. Both men were gifted scholars, beloved disciplers, and bold preachers. Both had been influenced by Martin Luther during studies abroad, both had benefited from William Tyndale’s translation work, and both were eventually martyred—Hamilton in 1528 and Wishart in 1546.

One of Wishart’s disciples, John Knox, was emboldened by the courageous life and death of his mentor. He determined to press forward the cause of Reformation in Scotland despite the obvious dangers. Through a dramatic series of events, including the assassination of the spiteful Bishop Beaton, the capture and barricading of the St. Andrew’s castle, and a subsequent siege by French war galleons, Knox was captured and made a galley slave. Upon regaining his freedom he studied under Calvin at Geneva, served King Edward at Westminster, prepared an English study Bible with Beza at Lausanne, and helped write a Book of Common Prayer with Bucer and Cranmer at Lambeth. But, always his heart was set on returning to Scotland. His persistent prayer was, “Lord, give me Scotland or I die.”

At last in 1559, Knox returned to his homeland. And despite fierce opposition from the crown and the nobility, he found the nation ready and waiting for Gospel reforms. With the death of the Queen Regent, Mary of Guise, in 1560, the Scottish Parliament convened in Edinburgh to address a host of issues confronting the restless nation.

In his History of the Reformation in Scotland, Knox gives a record of the extraordinary drama that soon unfolded. A supplication was laid before Parliament by a number of prominent Protestants, exposing the corruptions of the Scottish church. Evidence of the scandalous doings was overwhelming and undeniable. In response, Parliament beseeched the Protestants to draw up "in plain and several heads, the sum of that doctrine which they would maintain, and would desire that present Parliament to establish as wholesome, true, and only necessary to be believed and received within that realm."

Over the next four days, the Scots Confession was hastily drafted by Knox and five of his closest disciples and friends: John Winram, John Spottiswoode, John Willock, John Douglas, John Row (known as the “Six Johns”). On August 17, 1560, the document was read twice, article by article, during an open Parliamentary. Thereafter, the Confession was ratified with a near unanimous affirmation.

Composed in very economical prose and spanning just 25 articles or chapters, the Confession was warm, direct, humble, practical, and deeply devotional. Every proposition was accompanied by abundant Scripture references. As a result, it would prove to be a worthy a model for many of the creeds, confessions, and covenants that would follow in succeeding years.

The Church of Scotland would approve the Westminster Confession and Catechisms eight decades later; but the Scots Confession would remain its first, its dearest, and its most eloquent heart-cry of the faith that changed the whole course of the nation—and because of its profound influence on the Puritans in England and in America, the whole course of the world.
Posted by gileskirk at 2:58:00 PM No comments: