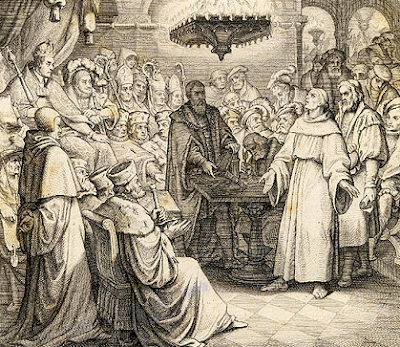 By the spring of 1521 a 38-year-old theology professor from a tiny university town in Saxony Martin Luther had surprisingly become a powerful and popular voice of reform—much to the chagrin of both the secular and the ecclesiastical authorities throughout late Medieval Europe. The situation was more than a little distressing—and threatening—to the authorities. So it was that Marin Luther was summoned to the city of Worms to recant his dangerous views by the young Hapsburg Emperor, Charles V.

It was there that the emboldened Luther uttered the words that genuinely launched the Reformation:

"Since your majesty and your lordships desire a simple reply, I will answer without horns and without teeth. Unless I am convicted by Scripture and plain reason—I do not accept the authority of popes and councils for the have contradicted each other—my conscience is captive to the Word of God. I cannot and I will not recant anything, for to go against conscience is neither right not safe. Hier stehe ich, Here I stand, I cannot do otherwise. God help me. Amen."

Later, he would elaborate:

“If I profess with the loudest voice and clearest exposition every part of the truth of God except precisely that little point which the world and the devil are at that moment attacking, then I am not confessing Christ, however boldly I may be professing Him. Where the battle rages, there the loyalty of the soldier is proved; and to be steady on all battlefields besides is merely flight and disgrace if he flinches at that point”

“Faith is a living, daring confidence in God's grace, so sure and certain that a man could stake his life on it a thousand times.”

His boldness recalled a much earlier stand, that of Peter and John before “the rulers and elders and scribes who gathered together in Jerusalem, with Annas the high priest and Caiaphas and John and Alexander, and all who were of the high-priestly family.” When this council was convened, the leaders asked the disciples, “By what power or by what name” did they proclaim their Gospel and perform their good works?

Peter, like Luther so many years later, filled with the Holy Spirit, said to them:

“Rulers of the people and elders, if we are being examined today concerning a good deed done to a crippled man, by what means this man has been healed, let it be known to all of you and to all the people of Israel that by the name of Jesus Christ of Nazareth, whom you crucified, whom God raised from the dead—by Him this man is standing before you well. This Jesus is the stone that was rejected by you, the builders, which has become the cornerstone. And there is salvation in no one else, for there is no other name under heaven given among men by which we must be saved.” (Acts 4:5-12)
Posted by gileskirk at 10:49:00 AM No comments: 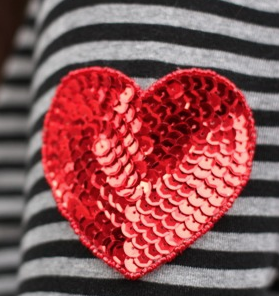 Just as the first law of heraldry is to wear your heart on your sleeve, the first law of activism is to wear out your welcome. It is a paradox that seems to contradict every vestige of sound logic in this poor fallen world; which is precisely why it is so effective.
Posted by gileskirk at 3:04:00 PM No comments: