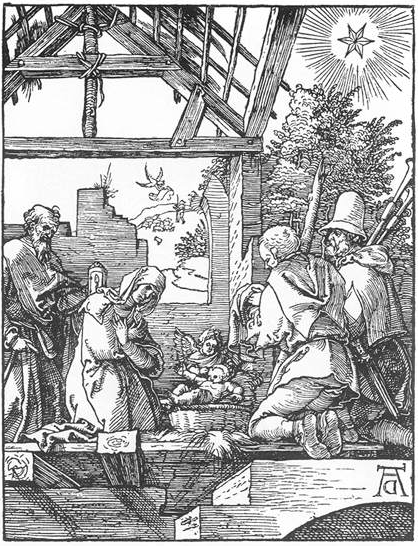 Gilbert Keith Chesterton was a man of extraordinary wit, intellect, and insight. He was a prolific writer who engaged the leading intellectuals of his time in debates, always defending the cause of orthodoxy. It was his good and affable nature that made his adversaries also his friends. Chesterton was a master of conveying truth through paradox, and this poignant and pointed "after-Christmas poem" is a fine example of his rare gifts:

Step softly, under snow or rain,
To find the place where men can pray;
The way is all so very plain
That we may lose the way.

Oh, we have learnt to peer and pore
On tortured puzzles from our youth,
We know all labyrinthine lore,
We are the three wise men of yore,
And we know all things but the truth.

We have gone round and round the hill
And lost the wood among the trees,
And learnt long names for every ill,
And served the mad gods, naming still
The furies the Eumenides.

The gods of violence took the veil
Of vision and philosophy,
The Serpent that brought all men bale,
He bites his own accursed tail,
And calls himself Eternity.

Go humbly…it has hailed and snowed…
With voices low and lanterns lit;
So very simple is the road,
That we may stray from it.

The world grows terrible and white,
And blinding white the breaking day;
We walk bewildered in the light,
For something is too large for sight,
And something much too plain to say.

The house from which the heavens are fed,
The old strange house that is our own,
Where trick of words are never said,
And Mercy is as plain as bread,
And Honour is as hard as stone.

Go humbly, humble are the skies,
And low and large and fierce the Star;
So very near the Manger lies
That we may travel far.

Hark! Laughter like a lion wakes
To roar to the resounding plain.
And the whole heaven shouts and shakes,
For God Himself is born again,
And we are little children walking
Through the snow and rain.
Posted by gileskirk at 8:22:00 AM No comments:

"The Whip of Advent" by Tristan Gylberd 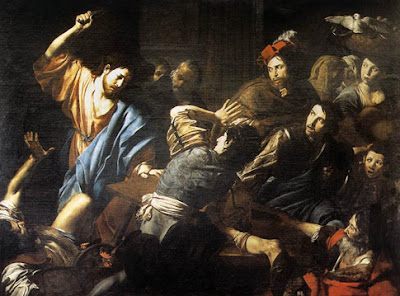 The night was mysteriously gleaming
Though the earth was fallen, forlorn
For under the eaves of splendor
A child-The Child-was born

Tis the paradox of the ages:
Worldly wisdom will ne're relent
To notice signs of visitation
Nor the cords of the whip of Advent
Posted by gileskirk at 1:00:00 PM 3 comments: 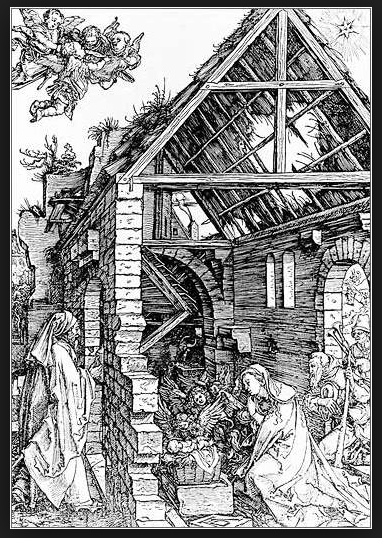 There has fallen on earth for a token
A god too great for the sky.
He has burst out of all things and broken
The bounds of eternity:
Into time and the terminal land
He has strayed like a thief or a lover,
For the wine of the world brims over,
Its splendour is split on the sand.

Who is proud when the heavens are humble,
Who mounts if the mountains fall,
If the fixed stars topple and tumble
And a deluge of love drowns all-
Who rears up his head for a crown,
Who holds up his will for a warrant,
Who strives with the starry torrent,
When all that is good goes down?

For in dread of such falling and failing
The fallen angels fell
Inverted in insolence, scaling
The hanging mountain of hell:
But unmeasured of plummet and rod
Too deep for their sight to scan,
Outrushing the fall of man
Is the height of the fall of God.

Glory to God in the Lowest
The spout of the stars in spate-
Where thunderbolt thinks to be slowest
And the lightning fears to be late:
As men dive for sunken gem
Pursuing, we hunt and hound it,
The fallen star has found it
In the cavern of Bethlehem.
Posted by gileskirk at 4:22:00 PM No comments: 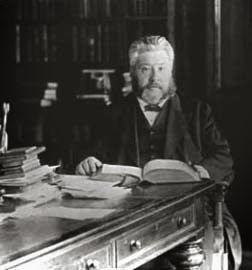 "This is the sum; my brethren, preach Christ, always and evermore. He is the whole gospel. His person, offices, and work must be our one great all-comprehending theme." Charles Spurgeon
Posted by gileskirk at 5:51:00 AM No comments: