The Mystery of Shakespeare 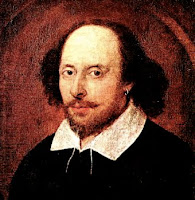 Very little is known about the life and career of Gillaime Shakspar--later dubiously presumed to be the playwright, William Shakespeare. Apparently, he was born into a tradesman's family in Stratford-upon-Avon on this day in 1564. When he was eighteen, he married Anne Hathaway, who was ten years his senior. The couple had a baby girl named Susanna six months later on May 26, 1583. In 1585 the birth of fraternal twins, Hamnet and Judith, completed the new family. But shortly afterward, Shakspar left Stratford and moved to London, leaving his family behind.

No one knows quite what Shakspar did for a living before he arrived in London. We do know that he established himself in the London theater by 1592. He had become an actor with London's most prestigious theatrical troupe, the Lord Chamberlain's Men, headquartered in the first professional theater building built since the fall of the Roman Empire. It was called, simply, the Theater.

Three is no evidence that Shakspar was ever actually literate--there are no extant manuscripts of his writing and the only evidence we have of his hand are two barely legible "X-marks-the-spot" signatures. He had no formal education, owned no books, never traveled abroad as far as we know, and never claimed authorship of the works attributed to him. His parents were illiterate, his wife was illiterate, and his children were illiterate--hardly what you might expect from the undisputed "single greatest author of English prose."

Shakspar died in Stratford on April 23, 1616. During his lifetime, the only written documents that can be directly tied to him are a few real estate transactions, a will (which mentions no papers, books, desks, pens, manuscripts, notes, or literary properties), and a citation from the city of Stratford for having a dung hill that exceeded the limits of health and propriety. He left no male heirs to continue his name. His only son, Hamnet, had died at age eleven. Susanna and Judith both married, but Susanna's only child, Elizabeth was Shakspar’s last direct descendant. She died childless in 1670.

In 1623, seven years after his death, two of Shakspar’s former colleagues in the theater published thirty-six plays and attributed them to him. This is what scholars refer to as the First Folio. Though the plays evidence vast education, intimate familiarity with life in the court, and wide travel experience in the great cities of Europe, the Stratfordian authorship seems to have been accepted early on. In a prefatory poem, Ben Jonson even praised his old carousing friend as "the wonder of our stage."

Through the centuries, doubts about the Stratfordian authorship of the Shakespearean canon have produced innumerable alternate theories about who the actual author was—some have suggested the Earl of Oxford, or Francis Bacon, or even Queen Elizabeth. While it is likely that Shakspar was incapable of producing such masterpieces as Hamlet, King Lear, Henry V, Othello, Romeo and Juliet, Macbeth, Midsummer Night’s Dream, Much Ado About Nothing, Richard II, Comedy of Errors, and The Taming of the Shrew--to say nothing of the magisterial Sonnets--it is just as likely that no one will ever be able to find convincing proof that any of the other possible authors wrote them either. It will likely remain one of history’s great enigmas.
Posted by gileskirk at 7:55:00 AM 5 comments: 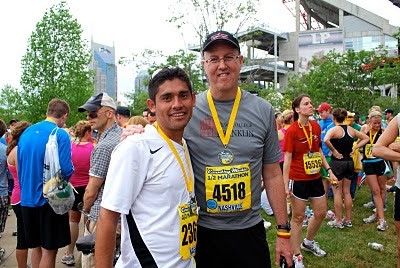 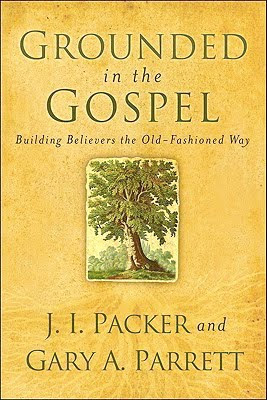 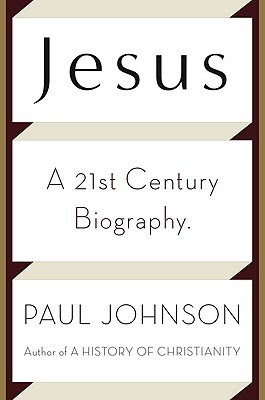 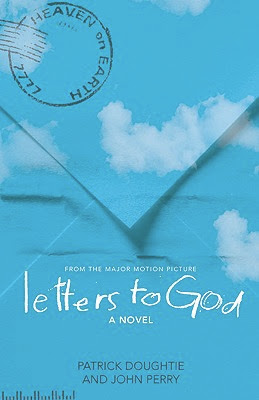 Martin Luther had been brought to the city of Worms to recant of his "reforming views" before the great Hapsburg Emperor, Charles V. But, the Emperor was not to have his satisfaction. It was on this day in 1521, Martin Luther uttered immortal words that launched the Reformation, "Since your majesty and your lordships desire a simple reply, I will answer without horns and without teeth. Unless I am convicted by Scripture and plain reason--I do not accept the authority of popes and councils for they have contradicted each other--my conscience is captive to the Word of God. I cannot and I will not recant anything, for to go against conscience is neither right not safe. Here I stand, I can do no other. God help me. Amen." With a victory gesture he then slipped out of the room.
Posted by gileskirk at 5:00:00 AM No comments:

Charles Henry Parkhurst was born on this day in 1842. He would eventually become the pastor of the prominent Madison Square Presbyterian Church in New York City. But his greatest renown came when he dared to expose the graft and corruption of Tammany Hall, the powerful political machine that ran the city. He proved his charges of a government-sponsored protection racket by hiring a private detective to accompany him as he went undercover penetrating the city's notorious brothels, gambling halls, and bootleg bars in places like Hell’s Kitchen and the Bowery. Later he combined his efforts with the young Theodore Roosevelt, the city’s novice police commissioner. Together they brought about the first significant reforms in city politics and the administration of justice.
Posted by gileskirk at 6:26:00 PM No comments:

On this day in 1902, James Cash Penney (1875-1971) opened his first dry goods store in Kemmerer, Wyoming. His life credo was, “You can’t out-give God.” He proved it by building a multi-million dollar commercial empire while always giving away ninety-percent of his personal income to Christian evangelistic and charitable work. Ninety-percent!
Posted by gileskirk at 10:41:00 AM 3 comments:

I was reminded of these true truisms once again this morning when I ran across this quote from Thomas Chalmers in my reading journal: “The accumulation of mere stuff is often a dead weight that hampers our freedom to move, to go, to do what we have always know that we should.”
Posted by gileskirk at 8:53:00 AM 6 comments:

“When I was a little child, bishops expressed doubts about the Resurrection, and were called courageous. When I was a girl, G. K. Chesterton professed belief in the Resurrection, and was called whimsical. When I was at college, thoughtful people expressed belief in the Resurrection ‘in a spiritual sense,’ and were called advanced. Today, anyone who expresses faith in the Risen Christ is liable to be abused in no uncertain terms as a mountebank, a reactionary, a tool of the Inquisition, a spiritual snob, an intellectual bully, an escapist, an obstructionist, a psychopathic introvert, an insensitive extrovert, and an enemy of society. The more things change the more they stay the same.” Dorothy L. Sayers
Posted by gileskirk at 5:05:00 AM No comments:

“Let us always remember that the end of the resurrection is eternal happiness, of whose excellence scarcely the minutist part can be described by all that human tongues can say. For though we are truly told that the kingdom of God will be full of light, and gladness, and felicity, and glory, yet the things meant by these words remain most remote from sense, and as it were involved in enigma, until the day arrive on which he will manifest his glory to us face to face.” John Calvin

“Now let the heavens be joyful,
Let earth her song begin:
Let the round world keep triumph,
And all that is therein;
Invisible and visible,
Their notes let all things blend,
For Christ the Lord is risen
Our joy that hath no end.”
John of Damascus

“All living things--humans, animals, plants--decay and die, but Christ overcame death. No one else in history, not even the most famous and influential of men, has ever done that. Jesus Christ's bodily resurrection from the dead is the crowning proof of Christianity.” Henry Morris
Posted by gileskirk at 5:00:00 AM No comments: 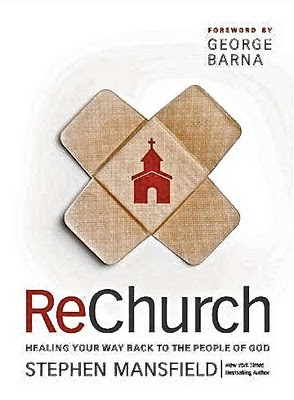 Now after the Sabbath, toward the dawn of the first day of the week, Mary Magdalene and the other Mary went to see the tomb. And behold, there was a great earthquake, for an angel of the Lord descended from heaven and came and rolled back the stone and sat on it. His appearance was like lightning, and his clothing white as snow. And for fear of him the guards trembled and became like dead men. But the angel said to the women, “Do not be afraid, for I know that you seek Jesus who was crucified. He is not here, for He has risen, as He said. Come, see the place where He lay. Then go quickly and tell His disciples that He has risen from the dead, and behold, He is going before you to Galilee; there you will see Him. See, I have told you.”

So they departed quickly from the tomb with fear and great joy, and ran to tell his disciples. And behold, Jesus met them and said, “Greetings!” And they came up and took hold of His feet and worshiped him. Then Jesus said to them, “Do not be afraid; go and tell my brothers to go to Galilee, and there they will see me.”

While they were going, behold, some of the guard went into the city and told the chief priests all that had taken place. And when they had assembled with the elders and taken counsel, they gave a sufficient sum of money to the soldiers and said, “Tell people, ‘His disciples came by night and stole Him away while we were asleep.’ And if this comes to the governor's ears, we will satisfy him and keep you out of trouble.” So they took the money and did as they were directed. And this story has been spread among the Jews to this day.

Now the eleven disciples went to Galilee, to the mountain to which Jesus had directed them. And when they saw Him they worshiped Him, but some doubted. And Jesus came and said to them, “All authority in heaven and on earth has been given to me. Go therefore and make disciples of all nations, baptizing them in the name of the Father and of the Son and of the Holy Spirit, teaching them to observe all that I have commanded you. And behold, I am with you always, to the end of the age.” (Matthew 28)
Posted by gileskirk at 9:10:00 AM No comments:

The Harrowing of Hell

Holy Saturday is the day between the substitutionary death of Jesus on the cross and His glorious resurrection. On Holy Saturday we celebrate the Harrowing of Hell--the mystery of Christ’s descent into Hades to lead the captives in a great parade of triumph (Ephesians 4:8-10). This is therefore a day of watchful expectation, in which mourning is being transformed into joy. He who brought all things into being in creation, now makes all things new in re-creation. Christ has broken the power of death and therefore has given us life eternal.
Posted by gileskirk at 9:07:00 AM 4 comments: