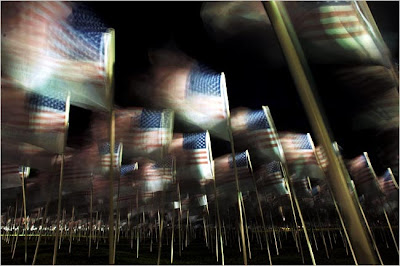 When the esteemed Senate Majority Leader, Henry Cabot Lodge, addressed his colleagues on this day in 1919, the nation was already in the midst of a “Great Debate” over its future foreign policy.  What was then called the Great War—what we call the First World War—had just ended.  Should the country now join the new League of Nations that President Woodrow Wilson had hammered into shape at the Versailles Peace Conference, or should the nation retain its traditional commitment to neutrality—as articulated in Washington’s hallowed Farewell Address?

Utilizing carefully measured phrases and appealing to the mood of the audience Lodge’s speech somehow bridged the gap between the two positions and unleashed a storm of applause from the packed galleries.  A group of Marines, just returned from France, pounded their helmets enthusiastically against the gallery railing; men and women cheered, whistled, waved handkerchiefs and hats.  It was minutes before order could be restored, and when a Democratic Senator attempted to reply to Lodge’s arguments, his rebuttal was greeted with boos and hisses.

Lodge argued against any possible infringement of America’s sovereignty:

“I object in the strongest possible way to having the United States agree, directly or indirectly, to be controlled by a league which may at any time, and perfectly lawfully and in accordance with the terms of the covenant, be drawn in to deal with internal conflicts in other countries, no matter what those conflicts may be.  We should never permit the United States to be involved in any internal conflict in another country, except by the will of her people expressed through the Congress which represents them.”

Likewise, he argued for a strong moral stance regarding the horrors of war while at the same time ringing the bell of patriotism:

“In the Great War we were called upon to rescue the civilized world.  Did we fail?  On the contrary, we succeeded, succeeded largely and nobly, and we did it without any command from any league of nations.  When the emergency came, we met it, and we were able to meet it because we had built up on this continent the greatest and most powerful nation in the world, built it up under our own polices, in our own way, and one great element of our strength was the fact that we had held aloof and had not thrust ourselves into European quarrels; that we had no selfish interest to serve.  We made great sacrifices.  We have done splendid work.  I believe that we do not require to be told by foreign nations when we shall do work which freedom and civilization require.  I think we can move to victory much better under our own command than under the command of others.”

His logic, resounding with the moral fervor of his dear friend Teddy Roosevelt, won the day.  In the end, the League of Nations treaty was defeated and the policy Lodge elaborated became the foundation of all American foreign relations for much of the rest of the century.

Not Just Passing Through 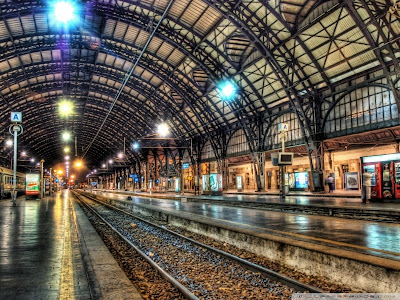 "Humanity does not pass through phases as a train passes through a station: being alive, it has the privilege of always moving yet never leaving anything behind." C.S. Lewis
Posted by gileskirk at 10:47:00 AM No comments: