Memorial Day is a holiday observed every year on the last Monday of May. Formerly known as Decoration Day, it commemorates the men and women who have paid the ultimate sacrifice for our freedom while serving in the American Armed Forces—from Valley Forge to the Kandahar Province, from the Halls of Montezuma to the Shores of Tripoli. First celebrated to remember, honor, and give thanks for the fallen soldiers of the Civil War, it was expanded after the Spanish American War and the First World War--though it was not until 1967 that Congress made the celebration a national holiday.

One of the earliest advocates of an official nationwide commemoration was Theodore Roosevelt. He asserted, “Remembering our heroes, the guarantors of our freedom, does not in any way more hallow their service or sacrifice; it does not in any way magnify the significance of their accomplishments in the protection and preservation of our liberties; it does not add to their valor, their honor, or their eternal reward; rather the great benefit of memorializing our American heroes is in the hope settled in our own hearts, the resolve established in our own souls, and the steadfastness confirmed in our own lives: when we remember who they were and what they have done for us all, only then will we be capable of laying hold of our hope and attending to our responsibilities as the trustees of freedom’s future; we look to the heroes of yesterday in order to insure that there will be heroes tomorrow.”
Posted by gileskirk at 5:19:00 PM No comments:

Despite volcanic ash clouds to dodge, airport closures to navigate, flight delays to bear up under, the petty tyrannies of airport security to endure, and all the other assorted hassles associated with modern international travel to enjoy, it looks as if I will have 20 students and 4 adult chaperones in tow by midmorning tomorrow in London. We've got a long day and night ahead of us--but lots of adventure ahead awaits on the other side of the pond! Up, up, and away!
Posted by gileskirk at 10:06:00 AM 1 comment:

Though London was for more than a century the most populous city on earth, it was also always a collection of villages. Each village used to have a unique quality and some still do. The Government focuses on Whitehall, with power derived from parliament in Westminster—incomplete without the royal family, whose public and private life is still centered around St James' Park. Newspapers used to be in Fleet Street, book publishers in Bloomsbury, films in Wardour Street, theatres in Shaftesbury Avenue, fashion in Mayfair and fruit and vegetables in Covent Garden.

As I head off this morning with twenty of my students to visit London and its environs--ranging north to Cambridge, Ely, and Huntingdonshire and south to Kent, Chartwell, and Hever--I'll be pondering these, my favorite London quotes:

As I came down the Highgate Hill
I met the sun’s bravado,
And saw below me, fold on fold,
Grey to pearl and pearl to gold,
This London like a land of old,
The land of Eldorado.
Henry Howarth Bashford (1880-1962)

The mighty fleet of Wren, with their topgallants and mainsails of stone. The nautical simile leaps to the mind at the sight of Wren’s white spires and towers, and it is appropriate, too, to the material in which Wren worked. Portland stone is a marine deposit of the Jurassic period before Britain first at Heaven’s command arose from out the azure main. Its beds are full of fossils of marine creatures, cockles, sea urchins, starfish, and oysters. You can see shell imprints on the freshly cut whitbed stone on the top of the new Bush building, and you can see the horses heads—as certain sea fossils are called by masons—on the weathered parapet of St. Paul’s. You can see and feel the shells projecting form the plinth of King Charles’ statue at Charing Cross. It is a strange thought that the majesty of the capital of this sea-joined empire should come itself from beneath the sea. How could the poets have missed such a theme?
James Bone (1872-1946)

By Charing Cross in London Town
There runs a road of high renown,
Where antique books are ranged on shelves
As dark and dusty as themsleves.
And many book lovers have spent
Their substance there with great content,
And vexed their wives and filled their homes
With faded prints and massive tomes.
Norman Davey (1888-1959)

A livid sky on London
And like the iron steeds that rear
A shock of engines halted,
And I knew the end was near:

I saw the kings of London town,
The kings that buy and sell,
That built it up with penny loaves
And penny lies as well:

This royal throne of kings,
This sceptered isle,
This earth of majesty, this seat of Mars,
This other Eden, this demi-paradise,
This fortress built by nature herself
Against infection and the hand of war,
This happy breed of men, this little world.
This precious stone set in the silver sea,
Which serves it in the office of a wall,
Or as a moat defensive to a house
Against the envy of less happier lands;
This blessed plot, this earth, this realm,
This England.
Renowned for deeds as far from home
For Christian service and true chivalry
As unto the Holy Sepulchre itself, this land
Of such dear souls, this dear, dear land:
This England.
William Shakespeare (c. 1564-1616)

Forget six counties overhung with smoke,
Forget the snorting steam and piston stroke,
Forget the spreading of the hideous town;
Think rather of the pack-horse on the down,
And dream of London, small, and white, and clean.
William Morris (1834-1896)

Though grief and fondness in my breast rebel
When injured Thales bids the town farewell,
Yet still my calmer thoughts his choice commend,
I praise the hermit, but regret the firend;
Who now resolves, from vice and London far,
To breathe in distant fields a purer air,
And, fixed on Cambria’s solitary shore,
Give to St. David one true Briton more.
For who would leave, unbribed, Hibernia’s land,
Or change the rocks of Scotland for the Strand?
There none are swept by sudden fate away,
But all whom hunger spares with age decay:
Here malice, rapine, accident, conspire,
And now a rabble rages, now a fire;
Their ambush here relentless ruffians lay,
And here the fell attorney prowls for prey;
Here falling houses thunder on your head,
And here a female atheist talks you dead.
Samuel Johnson (1709-1784)

A mighty mass of brick, and smoke, and shipping,
Dirty and dusky, but as wide as eye
Could reach, with here and there a sail just skipping
In sight, then lost amidst the forestry of masts; a wilderness of steeples peeping
On tiptoe through their sea-coal canopy;
A huge, dun cupola, like a foolscap crown
On a fool’s head—and there is London Town.
Lord Byron (1788-1824)

To live in London was my young wood-dream,
London, where all the books come from, the lode
That draws into its center from all points
The bright steel of the world; where Shakespeare wrote,
And Eastcheap is, with all its memories
Of gossip quickly, Falstaff, and Prince Hal;
Where the very stones that Milton trod,
And Johnson, Garrick, Goldsmith, and the rest;
Where even now our Dickens builds a shrine
That pilgrims through all time will come to see,
London! Whose street names breathe such home to all:
Cheapside, the Strand, Fleet Street, and Ludgate Hill,
Each name a story in itself.
To live in London! London the buskined stage
Of history, the archive of the past,
The heart, the center of the living world!
Wake, dreamer, to your village and your work.
Robert Leighton (1834-1911)

It is a goodly sight through the clear air,
From Hapstead’s heathy height to see at once
England’s capital in fair expanse,
Towers, belfries, lengthened streets, and structures fair.
St. Paul’s high dome amidst the vassal bauds
Of neighboring spires, a regal chieftain stands,
And over fields of ridgy roofs appear,
With distance softly tinted, side by side
In kindred grace, like twain sisters dear,
The towers of Westminster, her Abbey’s pride:
While far beyond the hills of Surrey shine
Through thin soft haze, and show their wavy line.
Viewed thus, a goodly sight! But when surveyed
Through denser air when moistened wi9nds prevail,
In her grand panoply of smoke arrayed,
While clouds aloft in heavy volumes sail,
She is sublime. She seems a curtained gloom
Connecting heaven and earth, a threatening sign of doom.
Joanna Baillie (1854-1919)
Posted by gileskirk at 6:28:00 AM No comments:

In a speech to the House of Commons on this day in 1940, Winston Churchill declared, "I have nothing to offer but blood, toil, tears, and sweat." That uncommon resolve would become the hallmark of Britain's solitary resistance to Hitler’s National Socialist regime through the dark days at the beginning of the Second World War.
Posted by gileskirk at 7:07:00 AM No comments:

Bibles for the World

The American Bible Society was founded in New York on this day in 1816. Elias Boudinot, a former President of the United States under the Articles of Confederation, was the first chairman. He was succeeded by another former President and later the Chief Justice of the Supreme Court, John Jay. The organization’s purpose, "to encourage the wider circulation of the Holy Scriptures throughout the world," has resulted in translations of the Scriptures into more than a thousand languages all around the globe.
Posted by gileskirk at 4:09:00 PM No comments: 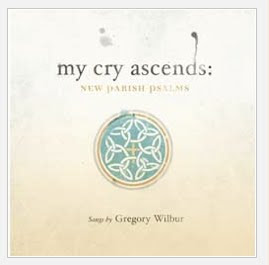 I love it when my students go on to do great things, creative things, adventurous things--when they start families, build businesses, pursue dreams. I have students who have become pastors and artists and musicians and teachers and designers and small business owners and political consultants and military officers and the list goes on and on.

Recently, I got a package in the mail from one student who has now begun a bow tie company. Not long before that, I received a gift certificate to another student's restaurant. I feel like a proud papa!

Another of my students has become a remarkably gifted photographer. I've worked with her innumerable times at weddings. And I always thrill to see her artfully conceived family shoots. So, when we decided to do family photos this past Christmas, it was a no-brainer to call her to schedule a session of our own.

We are all thrilled with the results--and are already planning our next shoot.

Check out her photo portfolio at Laurel's Blog or her main website at Eilas Photography.

Not only am I a satisfied customer, but a proud papa as well. Here you can see why: 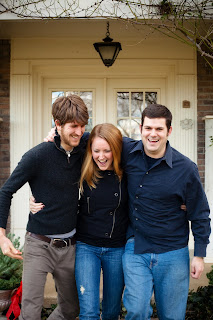 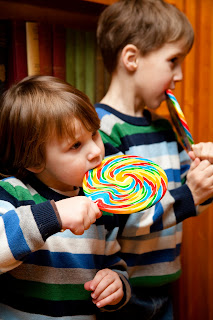 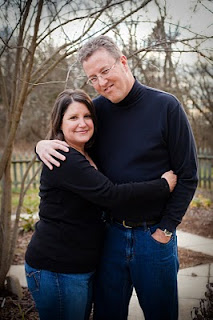