Love God and Do What You Will 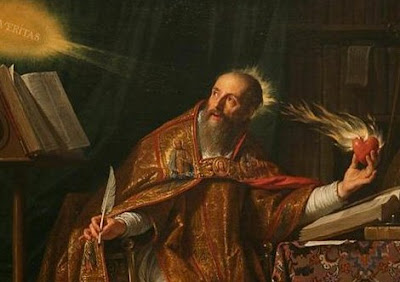 This famous quote from Augustine of Hippo (534-430) is commonly interpreted to mean if we love God, then what He wants will become what we want—and what we want will invariably be what He wants.  Thus, if we want it, whatever it might be, it is within the will of God.  In effect, God yields His providence to the sovereignty of our feelings, our wishes, our desires.  Ethics becomes a subjective enterprise.

In other words, Augustine is arguing objectively rather than subjectively--that when the love of God is the governing principle of our lives, then all that we think, say, and do will necessarily be yielded to that love.  If our love of God is real and profound, then obedience and faithfulness, right thinking and right actions will flow irresistibly from that love.  Perhaps, what he had in mind was to expound on Paul's exhortation in 1 Corinthians 16:14, "Let all that you do be done in love."

And that is quite the opposite of saying that if we love God, then what He wants will become what we want.

Context makes all the difference in the world. 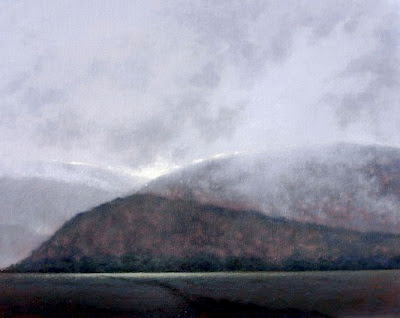 Toplady received his degrees of Bachelor of Arts and Master of Arts from Trinity College. During his studies, he gradually came to reject the Arminianism of the Methodists in favor of the doctrines of Sovereign Grace of the Calvinists.  Ordained deacon in 1762, he was licensed to the Anglican curacy of Blagdon the same year. He was ordained a priest in 1764, and from then until 1766 he served as curate at Farleigh, Hungerford. For the next two years he held the benefice of Harpford with Venn-Ottery, and for two years after that, of Broad Hembury. During 1775 he took a leave of absence to minister to the French Calvinist Reformed Church in Orange Street, London.

His first published work was a work of verse, Poems on Sacred Subjects.  But he was best known for his polemical and dogmatic works—including The Church of England Vindicated from the Charge of Arminianism which was published in 1769 and The Historic Proof of the Doctrinal Calvinism of the Church of England which was published five years later in 1774.  Those works proved vital in the ongoing theological struggles within the English church and helped to ensure orthodoxy for at least another generation.

Not the labors of my hands
Can fulfill thy law's commands;
Could my zeal no respite know,
Could my tears forever flow,
All for sin could not atone;
Thou must save, and thou alone.

Nothing in my hand I bring,
Simply to the cross I cling;
Naked, come to thee for dress;
Helpless, look to thee for grace;
Foul, I to the fountain fly;
Wash me, Savior, or I die.

While I draw this fleeting breath,
When mine eyes shall close in death,
When I soar to worlds unknown,
See thee on thy judgment throne,
Rock of Ages, cleft for me,
Let me hide myself in thee.

The hymn was first published in the Gospel Magazine, London in 1776. Today, only a very few non-specialists read the theological works which established Toplady as one of the most significant men of his day, but nearly all Christians sing his hymn—even the Arminians it was written to confound. 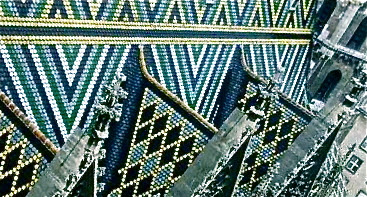 Amidst the flash and the hype,
Matrix folding round like an origami trick,
A raw metal sound,
And smells of burning circuitry
You have to wonder if it's all
Only apparently real.
Still the cry arises
Wafting sweet in the night
“Mama don't take my Kodachrome away.” 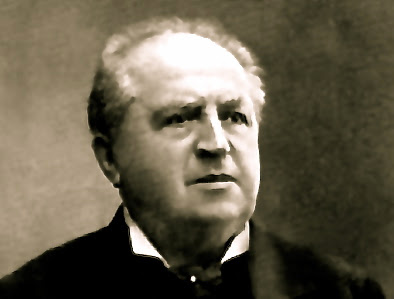 Exhausted from his Herculean labors as a journalist, educator, statesman, theologian, pastor, and social reformer, Abraham Kuyper (1837-1920) came to visit Vienna shortly after his first term in the Dutch parliament had come to an end on this day in 1876.  Even as it does today, the city presented him with a jumble of contradictory impressions.  The railways, roads, and hotels were all marked by the kind of new world efficiency that was the hallmark of emerging modernity but the food, drink, and music were all marked by the kind of old-world hospitality that was the hallmark of fading antiquity.  It was a seductive place with its magnificent theaters, its resplendent palaces, and its broad, bustling boulevards.

Needing rest Kuyper relaxed in the famous coffeehouses and sidewalk cafes.  He feasted on the sagging boards of sausages, strudels, goulashes, and schnitzels at the ornate Biedermeier inns and reveled in the lagers, porters, and stouts at the lively hofbraus.  He ambled along the Ringstrasse and listened to the street musicians as he sat in the Burggarten and the Stadtpark.  He took particular pleasure in watching the passing parade of busy and cosmopolitan Viennese shopkeepers in the early mornings.  He visited the great State Opera House, culled the vast library collection of the Hofburg National Bibliothek, and marveled at the shows in the Spanish Riding School at the Hapsburg palace.

But Kuyper quickly discovered that the one place where all the strains of Vienna's wide-ranging heritage was most evident was the gem that dominated the center of the Stephansdomplatz: St. Stephen’s Church, the city's beautiful Gothic cathedral.  Consecrated as a Romanesque basilica in 1147, it was one of the most stunning architectural feats of the medieval age.  And it changed Kuyper’s life.

When he visited the great old church at the center of Vienna’s old city center on this day in 1876, it was there that he found the reinvigorating vision that he would need for the arduous work that lay ahead of him.  He was reminded of the fact that though the imperial House of Hapsburg employed a few master craftsmen from time to time at the cathedral, the vast majority of the construction was undertaken by the faithful members of the congregation, the ordinary folk of the town.  That feat of stupendous architectural beauty was accomplished by the simple men and women at hand.

That, Kuyper realized was actually the great lesson of all of history.  Whether building cathedrals like the Stephansdomplatz or toppling the evil empires of the revolutionary modernists in his own time, he came to appreciate once again the fact that all of history’s most significant developments had been wrought by babushkas and bourgeoisie, shopkeepers and students, dads and daughters, peasants and populists.

With that lesson learned, he was ready to return home and launch a revolution of justice, mercy, and Christian charity.  And he did.
Posted by gileskirk at 2:15:00 PM No comments: