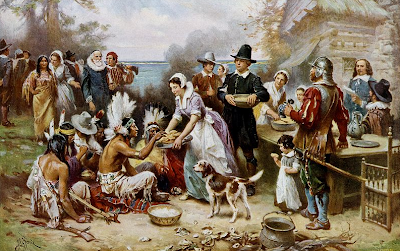 The first few winters in the New World were treacherous for the pioneer American colonists. At the fledgling Plymouth colony, settlers died in droves from both sickness and starvation during the bitter winter of 1620-21. In this verse by Hezekiah Butterworth, the necessity of rationing the meager food resources is set alongside the abundant moral reserves of the pilgrims. Long a part of the traditional New England holiday tradition—before the turkey is carved, each member of the family is served a mere five kernels of corn after which this inspiring poem is recited—the remembrance of Plymouth has become a symbol of the incredible blessing of this land: 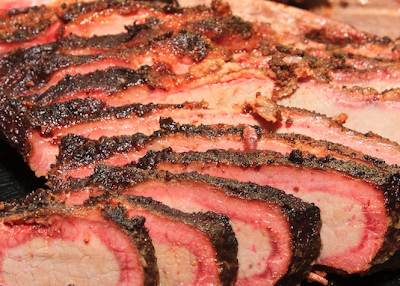 Martin of Tours was a bishop who was martyred on this day in 397.  Also on this day in 655, Martin of Umbria was martyred during the great Monothelite controversy.  Both men demonstrated perseverance in the face of political persecution, personal humiliation, torture, starvation, and eventually, death, made them models of faith during the early medieval period.

According to legend, Martin of Tours once cut his own coat in half to share it with a beggar.  Part of the cloak was saved and considered a holy relic in France, with monarchs going so far as to carry it into battle.  The cloak was kept in a "chapelle", from the French word "chape", meaning "cape," and its overseer was the "chapelain", from which, of course, we get our words "chapel" and "chaplain".

The spell of warmer weather often falling around this time is called Saint Martin's Summer, especially in England. During his final imprisonment, Martin of Umbria diligently kept the fasts of the Little Pascha, as Advent was then called, though he was already dying of hunger.

Traditionally, Christians have recalled the faithfulness of both saints on November 11 by enjoying the last great feast of the season—in England a sumptuous banquet featuring beef is served.  The new wine is uncasked.  Good children receive gifts of fruit and nuts—while naughty children receive little more than sticks and stones and ashes.
Posted by gileskirk at 7:54:00 AM No comments: 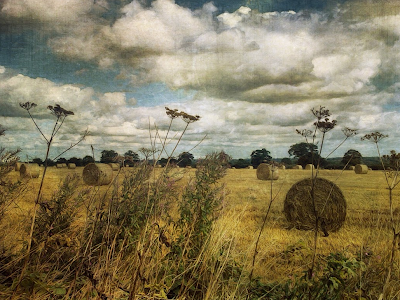 O God of earth and altar,
Bow down and hear our cry,
Our earthly rulers falter,
Our people drift and die;
The walls of gold entomb us,
The swords of scorn divide,
Take not thy thunder from us,
But take away our pride.

From all that terror teaches,
From lies of tongue and pen,
From all the easy speeches
That comfort cruel men,
From sale and profanation
Of honour and the sword,
From sleep and from damnation,
Deliver us, good Lord.

Tie in a living tether
The prince and priest and thrall,
Bind all our lives together,
Smite us and save us all;
In ire and exultation
Aflame with faith, and free,
Lift up a living nation,
A single sword to thee.
Posted by gileskirk at 8:47:00 AM No comments: