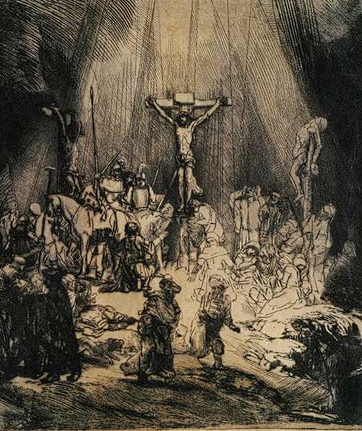 “The study of everything that stands connected with the death of Christ, whether it be in the types of the ceremonial law, the predictions of the prophets, the narratives of the gospels, the doctrines of the epistles, or the sublime vision of the Apocalypse, this is the food of the soul, the manna from heaven, the bread of life. This is meat indeed and drink indeed.” John Angell James

Gaining Our Liberty--and Losing It Again 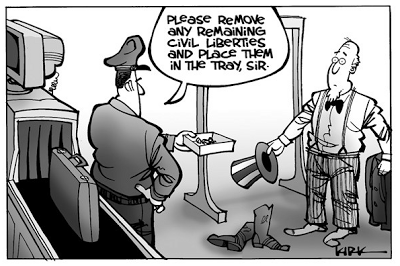 On June 9, 1776, the Continental Congress accepted a resolution of Virginia delegate Richard Henry Lee to appoint a committee to draft a declaration of secession from the dominions of the English King and Parliament. On June 29, the committee—composed of Thomas Jefferson, John Adams, Benjamin Franklin, Roger Sherman, and Robert Livingston—presented their draft for debate and a vote. It was defeated twice and sent back to the committee for revision. Finally, on July 4, a newly amended version of that draft was accepted. The war that had been raging for more than a year had finally driven the reluctant revolutionaries to sever all ties with their motherland.

The document they finally approved was based on the “covenant lawsuit” sequences from Old Testament books like Isaiah, Jeremiah, and Micah and influenced by classic historical works of political, literary, and theological profundity such as Scotland’s Arbroath Declaration, Richard Hooker’s Laws of Polity, Richard Baxter’s Holy Commonwealth, and William Walwyn’s Good Samaritan. Not surprisingly, it contains some of the most beautiful and enduring political rhetoric ever written. Soaring phrases abound:

“When in the course of human events, it becomes necessary for one people to dissolve the political bands which have connected them with another, and to assume among the powers of the earth the separate and equal station to which the laws of nature and of nature’s God entitle them, a decent respect to the opinions of mankind requires that they should declare the causes which impel them to the separation.”

“We hold these truths to be self‑evident: that all men are created equal, that they are endowed by their Creator with certain unalienable rights, that among these are life, liberty, and the pursuit of happiness. That to secure these rights, governments are instituted among men, deriving their just powers from the consent of the governed; that whenever any form of government becomes destructive of these ends, it is the right of the people to alter or to abolish it, and to institute new government, laying its foundation on such principles and organizing its powers in such form, as to them shall seem most likely to effect their safety and happiness.”

“Prudence, indeed, will dictate that governments long established should not be changed for light and transient causes; and accordingly all experience hath shown, that mankind are more disposed to suffer, while evils are sufferable, than to right themselves by abolishing the forms to which they are accustomed.”

“We, therefore, the representatives of the United States of America, in general congress assembled, appealing to the Supreme Judge of the world for the rectitude of our intentions, do, in the name and by authority of the good people of these colonies, solemnly publish and declare, that these united colonies are, and of right ought to be, free and independent states.”

“For the support of this declaration, with a firm reliance on the protection of Divine Providence, we mutually pledge to each other our lives, our fortunes, and our sacred honor.

From the opening refrain the Declaration ringingly affirms the absolute standard upon which the founders hoped that liberty might be established. Appealing to the “Supreme Judge of the World” for guidance, and relying on His “Divine Providence” for wisdom, the framers committed themselves and their posterity to the absolute standard of “the laws of nature and of nature's God.” A just government exists, they argued, solely and completely to “provide guards” for the “future security” of that standard. Take away those guards, and liberty was simply not possible.

That is precisely why they felt compelled to so boldly declare their autonomy from the British realm. The activist government of the crown had become increasingly intrusive, burdensome, and fickle and thus the possibility of genuine liberty had been thrown into very real jeopardy. The founders merely protested the fashion and fancy of political, bureaucratic, and systemic innovation that had alienated the inalienable.

They said that the king’s government had, “erected a multitude of new offices, and sent hither swarms of officers to harass our people, and eat out their substance.” It had, “called together legislative bodies at places unusual, uncomfortable, and distant. . .for the sole purpose of fatiguing them into compliance with the king's measures.” It had, “refused assent to laws, the most wholesome and necessary to the public good.” It had, “imposed taxes without consent. . . taking away our charters, abolishing our most valuable laws, and altering fundamentally the forms of our government.” And it had, “plundered our seas, ravaged our coasts, destroyed the lives of our people. . .and excited domestic insurrections amongst us.”

The founders believed that no one in America could be absolutely secure under the king, because absoluteness had been thrown out of the now ideologically-tainted political vocabulary. Because certain rights had been abrogated for at least some citizens by a smothering, dominating political behemoth, all of the liberties of all the citizens were at risk because suddenly arbitrariness, relativism, and randomness had entered into the legal equation. The checks against petty partiality and blatant bias had been virtually disabled. The private sector had been swallowed up by the public.

Thus, they acted boldly to “form a more perfect union.” They launched a sublime experiment in liberty never before surpassed, never again matched. Author P.J. O’Rourke comments, “There are twenty-seven specific complaints against the British Crown set forth in the Declaration of Independence. To modern ears they still sound reasonable.” Reasonable, because they could all too easily be leveled against our present Federal Government in Washington.

The men who signed the Declaration of Independence and the Constitution risked their lives, their fortunes, and their sacred honor for a very risky proposition indeed. In so doing they established a precedent for a courageous defense of principle which has been a hallmark of American civilization ever since--but which, alas, seems to be all too rapidly slipping away from us.
Posted by gileskirk at 3:11:00 PM 4 comments: