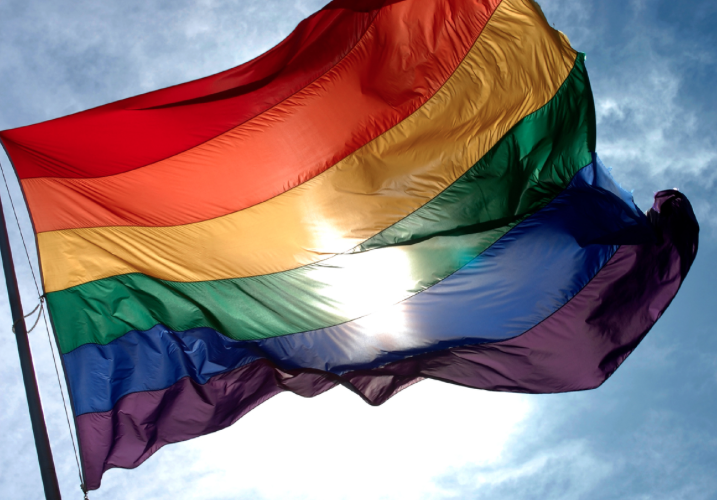 According to Facebook, that iridescent, omnipresent gay rainbow none of us seem to be able to escape these days (even on sports radio, the NFL Network, or NBC's Winter Olympics coverage) now boasts more than fifty shades of ummm, different.

The social-networking behemoth’s 1.2 billion users can now customize their profile “gender” to something more granular than the two previous—and hopelessly old-fashioned and oppressive—options of “Male” and “Female. No really.  I'm not making this up.  It really is Facebook's new policy.  Check out this link to get the whole scoop. Who’d have thought that old standby option at other websites—“Prefer Not To Say”—would one day sound refreshingly discreet rather than bratty and petulant?

So, as of this week, Facebook users can choose from dozens of bizarre, comical, and even redundant pet names for their own private "I-dunno," from the quaint—“Androgynous,” “Intersex,” “Transsexual”—to the cutting edge: “Pangender,” “GenderQueer,” “CisFemale.”

Today’s twisted narcissist who has everything (in a manner of speaking—or should that be a “cismale-er” of speaking?) can even pick a word that contains an asterisk, such as “Trans*Man.” Apparently, what looks like an annoying, attention-getting flourish designed to set us “breeders’” teeth on edge—the punctuation-mark equivalent of an aggressive lip piercing or an angry neck tattoo—is in fact a deadly serious and very important life-signifier.

Seriously.  Fact is stranger than fiction these days.  Way, way stranger. And, scarier.
Posted by gileskirk at 6:32:00 AM No comments: