Isn't It Amazing What We Can Do If We Don’t Really Care Who Gets the Credit? 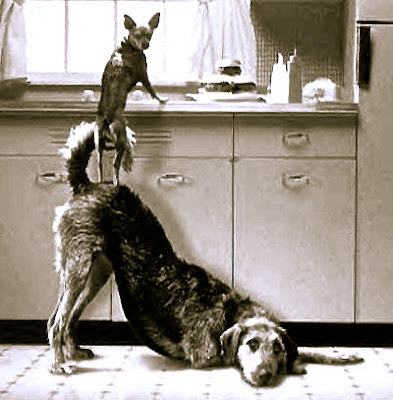 No man or woman is an island.  There are no successful Lone Rangers—not in business, not in politics, and not in life.  Loose canons foil the best strategies.  Wild cards trump the best intentions.  Feral cells infect the healthiest organisms.  Rogue agents jeopardize the securest operations.

Leaders are much more concerned about getting their work done, accomplishing their priorities, and fulfilling their calling than they are about getting credit for doing it.  They are focused on the tasks at hand.  They are driven by principle and goals, not by power or glory.

John C. Maxwell has memorably stated that, “Collaboration is multiplication.”  If we are willing to work with others, to yield to someone else’s expertise in an area, to put cooperation above our own individual interests, and to allow others to succeed in their own areas, then we will get much more done than we ever dreamed possible.  Two heads really are better than one.

Henry Ford once said, “Success in any enterprise begins when we acknowledge what it is that we do not know, not when we trumpet what it is that we do know.”  He lived worked in light of the old adage, “A humble man who builds a team to compensate for his weaknesses will always go further than the prideful man who builds a team to complement his strengths.”  He often admitted that he had no idea how to solve every mechanical or technical problem that might come up in manufacture automobiles, but he had men on his staff who did.  “I don’t need to have the answer to everything in my head,” he said, “as long as I know how to hire smart guys who do.”

Team building maximizes effort, recognizes diversity, utilizes a wise division of labor, and provides checks and balances to any enterprise.  You would think that we would welcome the input of others, that we would seek to build bridges of cooperation with them, that we would try to compliment their efforts and have them compliment ours, and that we would embrace the opportunity to coordinate our resources, perspectives, and opportunities.  Unfortunately, team building does not really come very naturally to most of us.

The fact is, none of us really likes to admit it when we need help.  We value our ability to go our own way, to do things on our own, and to stand alone against the tide.  We cherish our self-reliance.  We cherish our independence.  Besides, working with others can be complicated.  It can be messy.  It necessitates sharing glory and sharing blame.  And we are loathe to do either.
Accountability to a larger team also exposes us and opens us up for closer scrutiny.  It is ultimately impossible to hide forever behind the facades we erect.  Accountability eventually reveals our mistakes—and none of us likes to admit it when we are wrong.  We all have defense mechanisms that spring into place whenever anyone ventures too close to the restricted zones of our lives.  Our guard immediately goes up whenever someone even hints at our foibles, our faults, or our sin.  The process of admission, confession, correction, and repentance wounds our pride.  It is among the most difficult things we ever have to do.

Early in life we learn to “look out for number one,” to “pamper ourselves,” and to “encourage self-actualization, self-awareness, and self-esteem.”  As a result we have succumbed to an epidemic of selfishness.  We have become terribly self-absorbed, self-concerned, and self-consumed.

But the modern cult of self-service and self-satisfaction is contradicted by the whole of history.  Throughout the whole of the past, wise men and women have demonstrated the great value of team building.  They have shown us the value in humble reliance on others. They have willingly shared credit and glory and prosperity with others, knowing full well that they have hardly given anything up as a consequence.  On the contrary, they have understood the fact that cooperation, accountability, and collaboration offered them far and away the greater benefit.

“Never be ashamed to own you have been in the wrong; ‘tis but saying you are wiser today than yesterday.”  Jonathan Swift

“The art of being wise is the art of knowing what to overlook.”  William James

“Learn from the mistakes of others—you don’t have nearly enough time to make them all yourself.”  Tristan Gylberd

“The heart of a fool is in his mouth, but the mouth of a wise man is in his heart.”  Benjamin Franklin

“Wisdom is oft times nearer when we stoop than when we soar.”  William Wordsworth

Wow, one of my college friends and I conversed the other day about how leading and having all the answers isn't always the way life works. Providence always knows what His people need.
Autumn Lipford

One of my college friends and I conversed the other day about how being a leader and having all the answers isn't always the way life works, that being a follower and submitting to the weakness of not having an answer is how God helps shape us. I'll bet that he'll like this post. Thanks.
Autumn Lipford