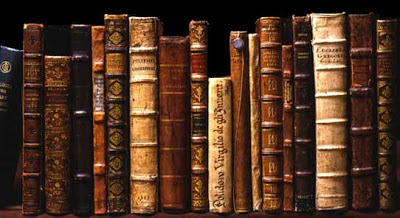 About twenty years ago, I was doing research for a book on early American history and opened a Revolutionary-era Bible in an antiquarian bookshop in Boston.  I found a poem, written on a scrap of paper interleaved in the pages of the Bible, probably untouched for decades, maybe longer.

The author and date of the poem were not noted, but I matched the handwriting to other inscriptions in the Bible. During the American War for Independence, the Bible had apparently belonged to Lawrence Tribble.  The poem seemed to be his description of the events of the Great Awakening.I loved the poem and what little of the story I could piece together, so I published it, probably for the first time, in my book, "The Patriot's Handbook."

Awakens another.
The second awakens
His next-door brother.
The three awake can rouse a town
By turning
The whole place
Upside down.

The many awake
Can make such a fuss
It finally awakens
The rest of us.
One man up,
With dawn in his eyes,
Surely then
Multiplies.
Amazingly, the poem has now been set to music three times that I know of--including as a single by the CCM band Leland. Most recently, a new setting has been written by Craig Brinks and recorded by Samuel Walker: Awaken by Lawrence Tribble.

It's a perfect reminder as America prepares to go to the polls in this pivotal election.
Posted by gileskirk at 3:46:00 PM

Leland's version is one of my favorite songs! I had no idea of its history, though. Wow! Incredible.

what a pretty poem. and such a neat history!