The Battle of the White Horse 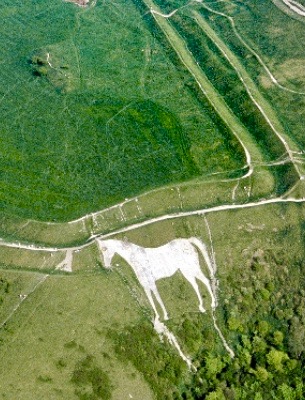 The Christian king of Wessex, Alfred the Great, defeated the pagan Viking warlord Guthrum at the Battle of Ethandun on this day in 878. The battle not only ensured that Christianity would survive in England, it made the unification of that land possible for the first time since the departure of Roman legions in the fifth century.

The battle was brilliantly commemorated by G.K. Chesterton in “The Ballad of the White Horse,” published in 1911, considered by many as perhaps the last of the great traditional epic poems written in the English language.

Presciently, Chesterton concludes the poem with a mournful soliloquy by Alfred, in which the now-aged king laments that the next invasion to threaten the peace of Christendom would not come from the barbarian hoards but rather from within, by an educated elite:

I have a vision, and I know
The heathen shall return.
They shall not come with warships,
They shall not waste with brands,
But books be all their eating,
And ink be on their hands.
Posted by gileskirk at 8:19:00 AM

Dear Dr. Grant, thank you for the reminder of this important event in the history of Christendom.

Although not directly descended from the great king, Alfred, I do feel a "spiritual kinship" with him, as his family introduced Christianity to the ancestors of our family, the Grants. (Athelstan to Haakon the Good)

We must continue to resist evil, just as our ancestors did before us.

May God bless you and your ministry.

Brilliant! Nothing new under the sun!

Did GK mean an educated within or outside Christendom? Or both?

Very likely, Chesterton meant from within as well as from without. He saw equal dangers from the Secularists of the West and from the Islamicists of the East.

Brilliant! Nothing new under the sun!