Our Legacy of Freedom 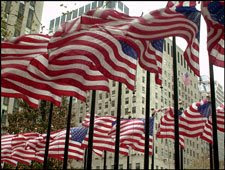 On June 9, 1776, the Continental Congress accepted a resolution made two days earlier by Virginia delegate Richard Henry Lee to appoint a committee to draft a declaration of secession from the dominions of the English King and Parliament. On June 29, the committee—composed of Thomas Jefferson, John Adams, Benjamin Franklin, Roger Sherman, and Robert Livingston—presented their draft for debate and a vote. Finally, on July 4, an amended version of that draft was accepted. The war that had been raging for more than a year had finally driven the reluctant revolutionaries to sever all ties with their motherland.

The original draft of that Declaration of Independence had been penned by the youngest member of the committee, Thomas Jefferson (1743-1826), but it hardly bore the mark of immaturity. Indeed, it powerfully expressed that profound yearning of the American Founders for the most remarkable fruit of Christian civilization: the rule of law.

The opening refrain of the Declaration affirms the necessity of that kind of absolute standard upon which the rule of law can then be established, "We hold these truths to be self-evident, that all men are created equal; that they are endowed by their Creator with certain inalienable rights; that among these are life, liberty, and the pursuit of happiness. That, to secure these rights, governments are instituted among men, deriving their just powers from the consent of the governed."

Appealing to the "Supreme Judge of the World" for guidance, and relying on His "Divine Providence" for wisdom, the Founders committed themselves and their posterity to the absolute standard of "the laws of nature and of nature's God." A just government exists, they argued, solely and completely to "provide guards" for the "future security" of that standard. Take away those guards, and the rule of law is no longer possible.

That is precisely why they felt compelled to so boldly declare their autonomy from the British realm. The activist government of the Crown had become increasingly intrusive, burdensome, and fickle and thus the possibility of rule of law had been thrown into very real jeopardy. The Founders merely protested the fashion and fancy of political, bureaucratic, and systemic innovation that had alienated the inalienable.

They said that the King's government had, "erected a multitude of new offices, and sent hither swarms of officers to harass our people, and eat out their substance." It had, "called together legislative bodies at places unusual, uncomfortable, and distant. . .for the sole purpose of fatiguing them into compliance with the King's measures." It had, "refused assent to laws, the most wholesome and necessary to the public good." It had, "imposed taxes without consent. . . taking away our charters, abolishing our most valuable laws, and altering fundamentally the forms of our government." And it had, "plundered our seas, ravaged our coasts, destroyed the lives of our people . . . and excited domestic insurrections amongst us."

The Founders believed that no one in America could be absolutely secure under the king, because absoluteness had been thrown out of the constitutional vocabulary. Because certain rights had been abrogated for at least some citizens by a smothering, dominating political behemoth, all of the liberties of all the citizens were at risk because suddenly arbitrariness, relativism, and randomness had entered into the legal equation. The checks against petty partiality and blatant bias had been virtually disabled.

Thus, they acted boldly to "form a more perfect union." They launched a sublime experiment in liberty never before surpassed, never again matched.

Sadly, not even in our own time.

May the God of our Fathers afford us sufficient grace and courage to once again lay hold of this rich legacy of freedom.
Posted by gileskirk at 6:57:00 AM

On this day of reflection, may the rest of our country remember where we've come from, find shock in where we're headed, and seek that which the Founders of our country so clearly saw...our rights granted by the Creator and our responsibility to protect those rights.

"Richard Henry Lee".....Our Henry was named in honor of this man and another fine Southern gentleman by the name of Jefferson Davis......