The Legacy of Comenius 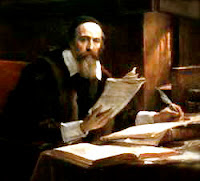 By almost any modern definition, Jan Comenius (1592-1670) was anything but a success. Though Herman Bavink called him “the greatest figure of the second generation of reformers” he is practically forgotten today. Though Andrew Bonar said he was “the truest heir of Hus, the chief inspiration of Chalmers, and the first model for Carey,” he is rarely mentioned alongside such men. Though J. Hudson Taylor said he was “the single greatest innovator of missions, education, and literature during the Protestant Reformation,” his is hardly remembered. And though Abraham Kuyper said that he was “the father of modern Christian education,” his vision of substantive and systematic discipleship is only infrequently practiced.

He was astonishingly diverse in both his interests and his endeavors. Comenius helped to shape the educational systems of Holland, Sweden, Prussia, Scotland and Puritan New England. He launched missionary outreaches to Jews and Turks, Gypsies and Eastern Orthodox, Catholics and Liberals. He initiated projects to create a comprehensive Christian encyclopedia, a translation of the Scriptures into the Turkish language. He wrote and published a veritable library of books of inspiration, educational theory, cultural criticism, history, practical devotion, exposition, and theology. He was asked to lead both King’s College in Cambridge and Harvard College in America. He served the Swedish king as a chaplain. He developed innovative plans for a Christian university program. And he was able to do all this despite suffering a series of personal tragedies and living most of his life in uncertain exile. As his contemporary Cotton Mather argued, he was a man of “extraordinary accomplishments amidst inordinate adversity.” It is a marvel then that he is not remembered as such.

Jan Comenius was born in eastern Moravia, the heir of a rich Czech Protestant legacy that traced its roots to the reforming work of Jan Milic (1313-1374), Jan Hus (1371-1415), and Jerome of Prague (1365-1416). He was catechized and educated in the rich Reformed tradition of the day by godly parents. Alas, the first of many tragedies struck his happy home when Comenius was just twelve. Both of his parents died in a virulent outbreak of the plague. Nevertheless, shortly afterward he went to Heidelberg to study theology. In 1616, having completed his studies, he returned home to teach in the little parish school where he had once been a student. Less than eighteen months later, he was ordained into the Hussite Reformed church and served a small congregation in Falnek—where he married his childhood sweetheart and began his family.

The second great tragedy of his life struck just two years later. The first decisive battle of the Thirty Years War was fought at White Mountain, near Prague. The Hapsburg Catholics overwhelmed the Protestant Czech forces and a fierce new persecution was imposed on the Reformed community throughout the land. Comenius, like most of the other pastors, was forced into hiding. The next month, another outbreak of the plague took the lives of his beloved wife and their two young children.

It was just the beginning of a life marked by suffering, sadness, and exile.

Shortly thereafter, Comenius led a large contingent of displaced Protestant refugees across the mountains into southern Poland in order to begin to rebuild their lives, their families, and their churches. It was then that Comenius began writing such classics as The Labyrinth of this World (a beautiful allegory of the Christian life written more than half a century before Bunyan’s Pilgrim’s Progress) and Man of Sorrows (a classic meditation on the substitutionary work of Christ on the cross). He also began to travel to other Protestant lands to advocate the cause of his Moravian brethren, uprooted from their homeland, impoverished, and harried.

The genius of Comenius was soon recognized—not only by the grateful community of Reformed exiles huddled together in the mountain villages of southern Poland, but also by the wider church. In the years that followed, he entertained invitations to teach and live in the cities of London, Boston, Stockholm, Paris, Amsterdam, Wittenberg, and Geneva. He was called on to devise universal Christian curricula, to reform educational systems, to administer colleges, to oversee theological projects, and to supervise publishing efforts. He corresponded with the infamous Cardinal Richelieu as well as with the philosopher Rene Descartes, Cotton Mather, Oliver Cromwell, Charles X of Sweden, and the industrialist Louis de Geer. He was among the most influential and sought after men of his day.

But the pastoral responsibility for his little, beleaguered flock always remained his first and foremost concern. He attempted to utilize every opportunity, every contact for their sake. Meanwhile, despite the insecurity of living in exile on very limited resources, his vast vision for missionary outreach and educational reform was never dimmed. Always the optimist, he continued to devise new plans, to hammer out new strategies, and to formulate new projects.

In 1656, after a lifetime of hardship and opportunities deferred, tragedy struck Comenius again. Polish troops burned and looted the Moravian villages harrying the survivors across the border. They had lost everything. Again.

Comenius and the other refugees were scattered across Europe, on estates throughout the German and Dutch provinces. There, they would live out their remaining days as strangers in yet another strange land.

Comenius, energetic as always, set his hand to a host of new projects. Though he had lost a dozen unpublished manuscripts, his printing press, and all of his worldly goods, he was unshaken in his confidence in the Gospel to change the course of both men and nations. He had set his ultimate hope on the day that Christ would make manifest His New Heavens and Earth. But he was also steadfast in the certainty that a deposit of that future glory would be made in the tired domains of the old heavens and earth. To his dying day he lived in accordance with that notion, planning for the evangelization of the Muslims and Gypsies, undertaking the first complete translation of the Bible into the Turkish language, and refining his vision for a “Pansophic College.”

When he died at the age of seventy-eight, he left behind a glorious legacy, not of this world, that would inspire the likes of Whitefield, Wesley, Zinzendorf, Chalmers, and Kuyper as well as providing a powerful reminder that success in the Kingdom rarely looks like success in the world.
Posted by gileskirk at 7:47:00 AM

Dr. Grant,
Thank you for this post on Jan Comenius. I am paricularly interested in his classic, The Labyrinth of this World. Is it anything like Bunyan's Pilgrim's Progress? I am down with a bad knee and have more time to read since I can't do any running. Is this book in print? These are the kind of men scripture speaks of, "men of whom the world was not worthy!"

Diane: Yes, Labyrinth may have actually served as the model for Pilgrim's Progress--certainly the similarities are striking (protagonist named Pilgrim, many dangers, toils, and snares along the way to the Celestial City, obstacles named for temptations, and many characters named for virtues or vices). It is in print in several editions and translations. My favorite is by Lech Talitsch.

Is there a good biography of Comenius that you can recommend?

David: Unfortunately, I do not know of anything that is still in print in English. Thankfully, my wife did a conference last year in Prague and was able to bring back several antiquarian volumes, some in English, most in Czech, all quite wonderful. But, none of them are available anywhere except in the dusty bookshops of that great old city.

Frances Yates had a bit to say about Comenius (Komensky). See her "The Rosicrucian Enlightenment," and possibly her "The Occult Philosophy in the Elizabethan Age." The whole Warburg school of students of renaissance occultism is interested in Comenius.

The Marxist historian Christopher Hill takes him up, too, in "The Intellectual Origins of the English Reformation" -- a fabulous book mostly dealing with Bacon.

Hope this helps, if just a little.

BTW, weren't you going to review "Return of the Village Atheist"? Did you get the copy I sent you?

I just finished reading Comenius' "The Labyrinth of the World and the Paradise of the Heart" and was blown away! It's now right up there in the top section of my favorite books list.

One question for you, Dr. Grant: Some authors (including one referenced in the 8/27/07 comment above) claim that Comenius was a Rosicrucian. Yet in Chapter 13 of "The Labyrinth," he describes this group with its secret knowledge as one which "the pilgrim" rejects. Also, in the "Paradise" section, Comenius' description of a personal relationship with Christ and the life of the Christian community seems very different from the gnostic orientation of the Rosicrucians. Where do you think some people get their idea of identifying Comenius with Rosicrucianism?

David: The "Rosicrucian Theory" has been put forward mostly by people entirely unsympathetic to the Evangelical and Reformed Christian worldview held by Comenius. Most scholars of the Reformation entirely discredit this theory. Reading the work of Comenius is, as you have pointed out, the strongest argument against any sort of inclination to the occult. I think the theory can be dismissed as without merit.

Thanks for your response on the Rosicrucian question.

I wanted to mention that Gateway Films has a one-hour biographical video about Comenius. It was made in Czechoslovakia, so it comes off a bit funny sometimes with the English overdubs, but overall it's very well done. There is a 5-minute segment where part of the "Labyrinth" is acted out as a stage play, which is quite impressive.

One other thing - MoravianArchives.org has just released a free e-book of an English translation (previously out-of-print) of "Unum Necessarium" (The One Thing Necessary), another great work by Comenius.